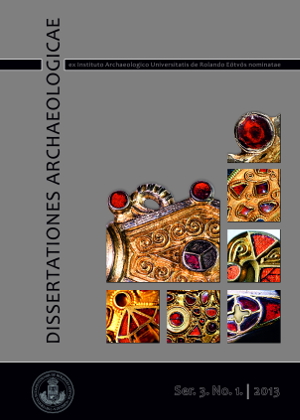 Abstract of PhD thesis submitted in 2013 to the Archaeology Doctoral Programme, Doctoral School of History, Eötvös Loránd University, Budapest under the supervision of Tivadar Vida.

The dissertation examines the burials of the territory of two counties, Győr and Moson in the west of the Hungarian Principality in the age of the Hungarian Conquest, and the Hungarian Kingdom in the Early Árpádian Age. Their analysis will be the ground for sketching the picture of the territory in the 10th-11th centuries. First the period’s sites are presented, then the assessment of individual phenomena and object types follows, providing ground for the examinations of the history of settlements, which partly leads through the examination of the borderland character of the territory. The territory of the former two counties forms the geographical frames. The temporal frames are formed by, on the one hand, the occupation of Transdanubia in – according to our present knowledge – 900 and on the other hand, the end of the 11th century and the beginning of the 12th century.