MΩMOΣ IX. The Archaeology of ritual - Proceedings of the IXth conference of researchers of prehistory (Supplementum 3.)
Articles

Grindstone: Grinding... and Human Sacrifice? Why? 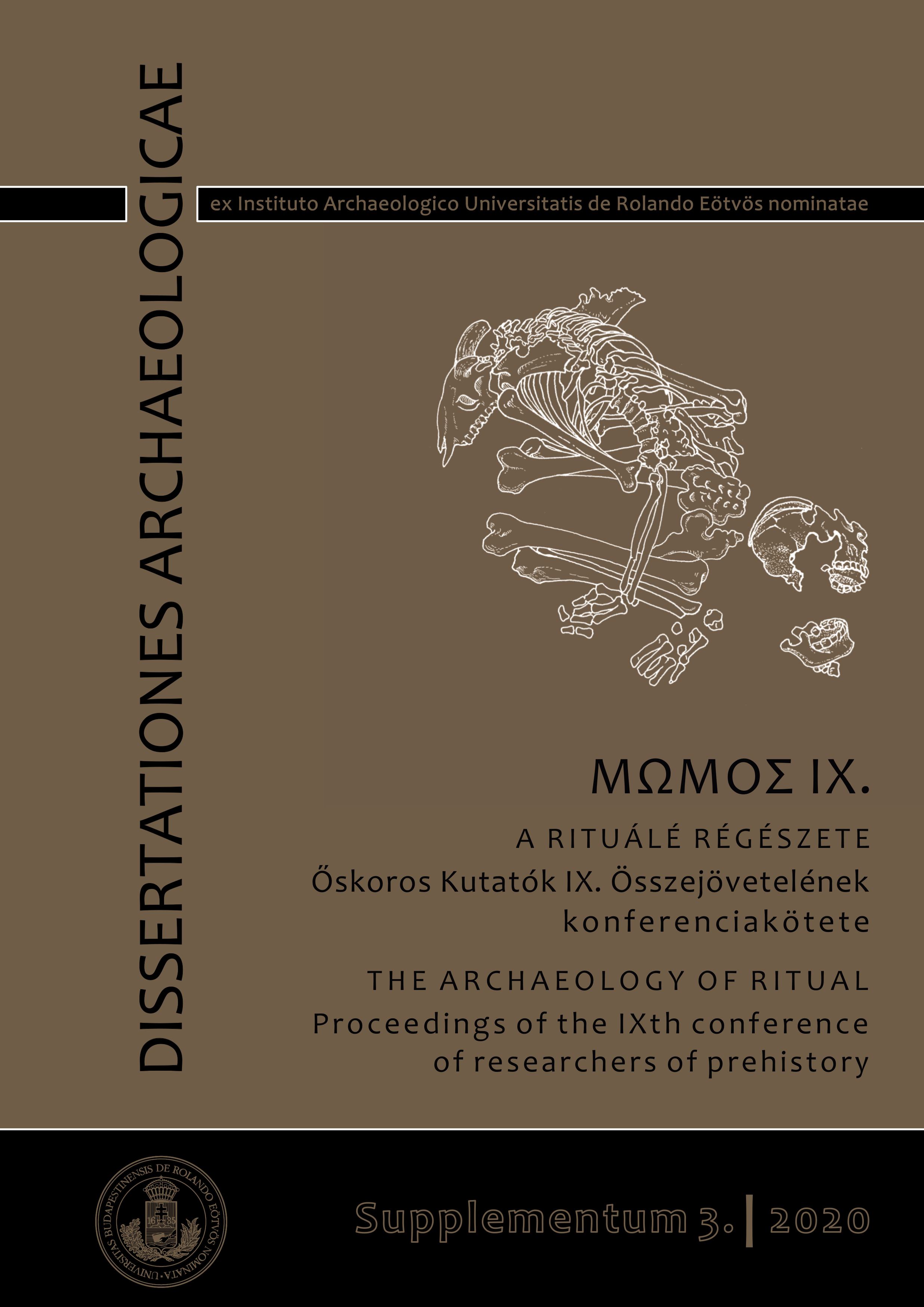 Three features, dated to diverse periods of prehistory (Neolithic: Transdanubian Linear Pottery Culture; Bronze Age: Tumulus culture; Iron Age: Celtic Period) are presented in the current study. One of our main goals is to encourage the introduction of an otherwise generally accepted protocol for the investigation and sampling of similar phenomena to Hungarian archaeological research. The method focuses on the examination of 1, complete or partial human skeletal remains; 2, complete or partial animal skeletal remains;3, offerings according to social position; 4, tools for food preparation and equipment of the ritual feast; 5, traces of burning or fire; 6, patterns of the action sequence burning–fragmenting–scattering, together with material analyses for all samples. This way a categorization of the results might open a possibility for a more adequate interpretation. The features under study fall into category A in Joanna Brück’s classification system of human skeletal remains,1 but I regard the phenomena also containing grindstones a subcategory. The ritual in the course of which these were created might have been practiced for millenia in an unchanged form; its possible interpretation was described by István Tóth. According to our view such actions represent the liminal zone between the worlds of the living and the dead.
PDF